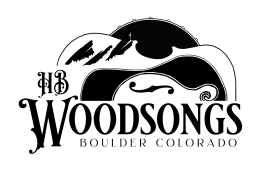 At Woodsongs Studios, we offer music lessons by teachers of critical acclaim. Acoustic and electric guitar lessons are available in a variety of styles, including folk, blues, bluegrass, rock, jazz, classical, and flamenco guitar. We also have teachers that specialize in ukulele, banjo, mandolin, violin, cello, viola, and bass. Our lesson studios are located at 3101 28th St. in Boulder, CO. Our teachers are listed below; you may contact them directly for rates, more information and scheduling.

PLEASE NOTE:
Due to the COVID-19 pandemic, a number of of our teachers are currently offering online lessons.
We have been introducing in-store teachers, and will slowly expand to our
​full roster as safety protocols allow. These will be noted in the teachers list below as they change.
For either online or in-store, please contact teachers directly to make lesson arrangements. Thank you.
CURRENT ON-SITE INSTRUCTORS (as of 4/05/2022)

Dennis Burns *AVAILABLE IN-PERSON & ONLINE*
Guitar - basic, classical, jazz, theory / Ukulele / Bass
dennis@boldersounds.com
303-419-8929
Dennis has been teaching and performing in the Boulder/Denver area for 25 years. In 1983 Dennis received his BM degree in classical guitar performance from the University of Colorado. He teaches many styles including classical, folk, rock and jazz improvisation. In 2005 the Avant Acoustic label released Dennis' solo CD entitled "A Rose On The Lake," an elegant blend of classical guitar, jazz improvisation and world music. He is the founder of Bolder Sounds www.boldersounds.com, a sound design company which creates libraries for digital samplers. Dennis also performs chamber music with A Lyric Ensemble
www.lyricensemble.com. ​

SPECIAL NOTE:
As a service to everyone staying at home during the pandemic, Dennis kindly created a free video tutorial
series on musicianship for anyone who's ever had the urge to learn music or to brush up on the basics.

VIDEO 1: THE MUSICAL ALPHABET. Dennis guides us through the basic building blocks of music: The Musical Alphabet.
VIDEO 2: HALF and WHOLE STEPS. In the second installment, Dennis tells us about Half Steps and Whole Steps.
VIDEO 3: NOTE MAPPING. Dennis' third video in his musicianship tutorial covers Note Mapping.
VIDEO 4: THE MAJOR SCALE. Dennis' fourth video discusses one of the cornerstones of music: The Major Scale
VIDEO 5: CHORD BUILDING. Dennis Demonstrates how to create chords from a Major Scale.
VIDEO 6: CHORD MAPPING & BEGINNING IMPROVISATION: Dennis shows you how to map out chords from your note map, and also gets you improvising on the Hank Williams song 'Jambalaya.'
VIDEO 7: RIDING THE RHYTHMIC WAVE: Dennis introduces the basics of rhythm and how important it is to incorporate it into your improvisation or jamming. Also included are tips to get started singing while playing your fretted instrument.
VIDEO 8: THE 4 CHORD - AMAZING GRACE: Dennis introduces the 4 chord in the key of C (the F chord). This is followed by playing and improvising on Amazing Grace. Also covered is the concept of a 4 bar phrase as well as learning the sound of the 1, 4 and 5 chord by ear.
VIDEO 9: TABLATURE AND RIGHT HAND TECHNIQUE: Dennis introduces us to playing songs via tablature as well as right hand technique. SUPPLEMENTAL

MATERIALS FOR THESE VIDEOS CAN BE FOUND HERE These videos can be viewed below and also appear on our YouTube channel. Woodsongs is proud to present this series and are very grateful to Dennis for his time and generosity. 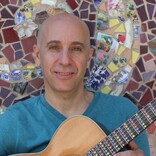 Joseph Brenna
Guitar - Acoustic, Electric, Rock, Blues, Jazz, Folk & Classical /Music & Fretboard Theory
joseph@brennamethod.com
720-564-1767 Joseph is a critically acclaimed composer, songwriter, recording artist, and teacher who's equally at ease playing acoustic and electric guitars with jazz, funk, blues, R & B, rock and folk musicians. He trained at Brown University and Berklee College of Music. Joseph invented a revolutionary new way to learn guitar that makes every note, chord, and scale visible right on your fretboard, and in sheet music and chord diagrams. The Brenna Method is a comprehensive system that teaches you songs, trains your ear, teaches music & fretboard theory, and develops guitar technique, so that you reach your full creative potential. Watch how it works at josephbrenna.com. 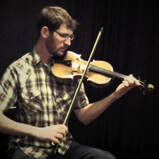 Ryan Drickey
Fiddle & Clawhammer Banjo for adults
Contact for availability
For Ryan, music is not only a way of life, it's a way to experience the world in which we live. A lifelong student of musical styles, Ryan immersed himself first in classical music, eventually earning a Masters degree in Violin from the University of Colorado at Boulder. There he studied jazz in addition to classical violin, which began his fascination with American musical traditions. The investigation of his own musical roots has led Ryan back through time: from modern jazz improvisation concepts, though bluegrass fiddling, old-time American fiddle styles, and across the Atlantic to the musical traditions of Ireland, Sweden, and Norway. Ryan is a Fullbright scholar, having spent a year in Sweden teaching American roots music at the Royal College of Music, Stockholm, while learning from Swedish folk masters such as Roger Tallroth, Ale Möller and Ellicka Frisell. 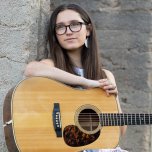 Megan Cody
Mandolin & guitar for children & adults
megancodymusic@gmail.com
303-621-6442 Megan Cody, of The Cody Sisters Band, has been a member of the Colorado music scene for all of her life. Growing up going to bluegrass festivals like Rockygrass and Pagosa Folk’n bluegrass, she remembers what it was like to learn an instrument at a young age, and incorporates this experience into her teaching style. Playing guitar, mandolin, and singing lead and harmony vocals, she has toured with her band across the United States and the UK. When she is not on the road, she is a full time college student at CU Boulder. She has experience in teaching musicians of all ages and levels, and specializes in working with aspiring bluegrass guitarists and children. She is an accomplished musician and music teacher who’s top priority is to inspire her students to keep moving forward, and to help them find a lasting love for music. 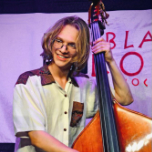 Will Pavilonis
Bass, upright and electric
willpavs@gmail.com
440-596-1425 Will Pavilonis has been an active bassist and music teacher in the Denver/Boulder and Cleveland area since 2016. Being surrounded by local musicians in the Cleveland area gave Will a young start to music. Beginning as a Jazz and Classical focused musician, Will developed techniques that he later began expanding to other genres including Funk, Rock, Bluegrass, Folk, Latin, Pop, and many others. Moving to Colorado in 2020 to study Jazz bass at CU Boulder, Will is now an active bassist in Boulder playing in various Bluegrass/Folk and Jazz projects. Will is an accomplished music teacher with experience teaching all ages and styles on both electric and upright bass. He specializes in music theory as well as general bass technique. His teaching style is unique to every student, and his main goal is to help them enjoy the music they are playing.
CURRENT OFF-SITE INSTRUCTORS (as of 11-18-22)
* As our instructors return to the shop, they will be posted in the On-Site section.* 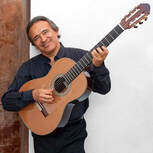 Alfredo Muro
Guitar - Classical, Latin & Jazz
info@alfredomuro.com
720-788-7037 Alfredo Muro is an international concert guitarist, interpreter, composer, arranger, and improviser. He has been described as a Latin guitar virtuoso, but his musical styles and tastes are far more versatile, ranging from standing classical repertoire to jazz. His forte is South American music in its many guises: folk, jazz, Brazilian and classical. Having Alfredo Muro as a guitar instructor, the student will acquire a solid classical technique as well as knowledge of musical theory and harmony and will master an extensive repertoire that includes classical, Latin American, Brazilian, Spanish music and more! Also, the student will learn to master the field of sophisticated accompaniment of the genres mentioned, acquiring a vast handling of chords, progressions and substitution of chords.

Greg Schochet *OFFERING ON-LINE AND IN-PERSON LESSONS (Off-Site)*
Mandolin / Bluegrass Guitar
gschochet@gmail.com
720-837-5535 Greg Schochet is an integral part of Colorado's thriving music community, in demand as a performer, producer and teacher. Equally adept on guitar and mandolin, Greg is fluent in a number of acoustic and electric styles, including bluegrass, swing, folk, blues, and more. He's played with a number of notable bands, including Runaway Truck Ramp, The All Night Honky Tonk All-Stars, and currently Halden Wofford & the Hi*Beams, one of Denver's most acclaimed honky-tonk and western swing bands. His stature as a player and experience as a session musician made him well suited to guiding aspiring musicians and songwriters. See Greg in action in the videos below.

Tom Wasinger *OFFERING ON-LINE AND IN-PERSON LESSONS (Off-Site)*
Guitar - Acoustic, Electric, Fingerstyle & Slide / Ukulele
tomwasmusic@gmail.com
​303-444-0234 Tom is a composer, arranger, producer, teacher and multi-instrumentalist. He has received three GRAMMY awards as producer, with three additional nominations. Tom has performed live in venues around the world from Carnegie Hall to the Cemal Resit Rey Concert Hall in Istanbul. Tom also builds experimental musical instruments and is the founder of 'The Lost Angel Stone Ensemble,' the world’s only touring ensemble of resonating stone instruments. Tom has taught guitar, bass, ukulele and other instruments privately since 1976. Watch Tom perform his original composition 'Genetic Love Song' in the video below. 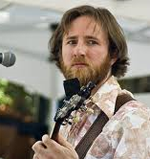 Chris Elliot
Banjo - clawhammer, bluegrass / Dobro
c-bobis@hotmail.com
832-248-2370 Chris "C-Bob" Elliott is a professional banjo instructor and performer in Lyons. He's the banjo player, vocalist and songwriter with Ragged Union, and an alum of Spring Creek on Rebel Records. He has had the privilege of playing on stage with many of his bluegrass heroes including Tony Trischka, Pete Wernick, Alan Munde, Sally Van Meter, Matt Flinner, Gene Libbea, Brad Lee Folk, Michael Cleveland, and others. Elliott is the 2007 RockyGrass Banjo Champion. Watch Chris demo Ome and Deering banjos in the videos below.
CHECK OUT CHRIS' NEW BANJO LESSON PROGRAM!
The Elliott Banjo School offers students of all levels an innovative way to learn the banjo at their own pace.For more details, please CLICK HERE. 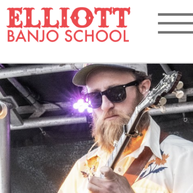 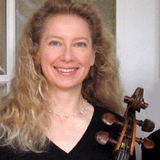 Kimberlee Hanto
Cello - All ages
kimberlee@lyricensemble.com
303-442-2025 Kimberlee currently teaches cello and coaches chamber music at her private studio in north Boulder, as well as for Naropa University. She has also taught at the University of Colorado, Casper College and Shining Mountain Waldorf School. Her Bachelor of Music degree is from the Cleveland Institute of Music, and her Master of Music degree is from the University of Colorado. She is the founder and music director of both the Colorado Cello Choir and Lyric Ensemble. She performs concerts regularly for the Estes Park Chamber Music Festival, the Academy, and for other venues in the Rocky Mountain region. A number of her students participate in DYAO, GBYO, Western States Orchestra and All State Orchestra.
MONTHLY LESSON EVENTS 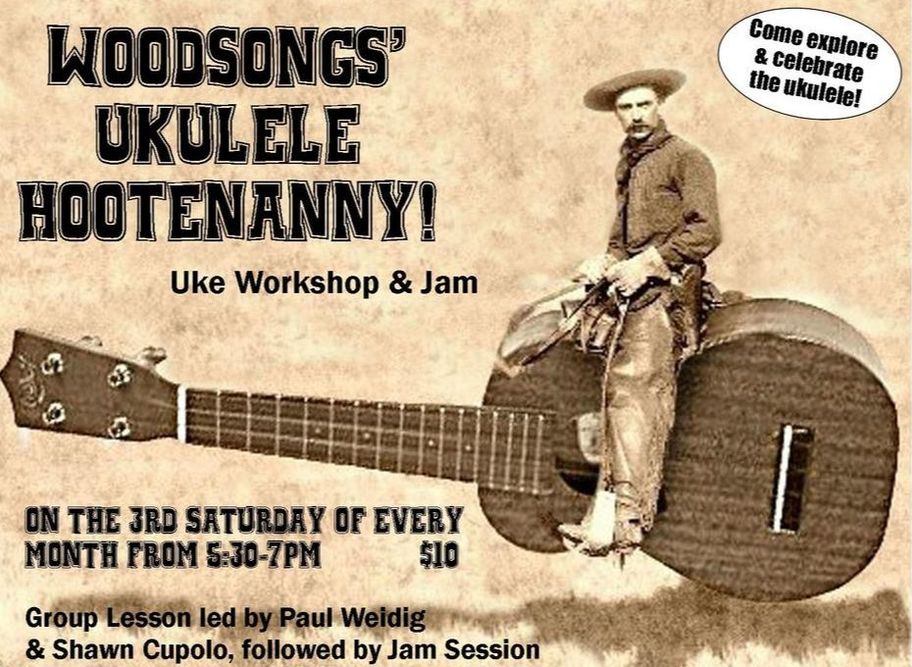 UKULELE HOOTENANNY
(POSTPONED TEMPORARILY)
Join us for this fun monthly event! Group lessons, followed by a singalong session. Learn some tricks (or the basics) and participate in a jam! Every third Saturday of the month from 5:30pm-7:00pm, $10. RSVP by calling us at 303-449-0516 or by emailing info@hbwoodsongs.com. 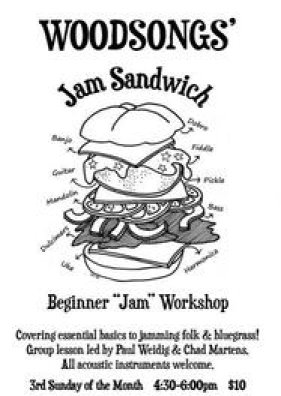 
OTHER INSTRUCTORS AND STUDIOS

Jennifer Wyler 303-746-5462
Beginning & intermediate piano for children. Lessons in your Boulder county home or her studio in Lafayette.
​wylerjennifer@gmail.com

​My Local Music Lessons 303-558-6160
www.mylocalmusiclessons.com
​Home lessons for all instruments throughout the front range.